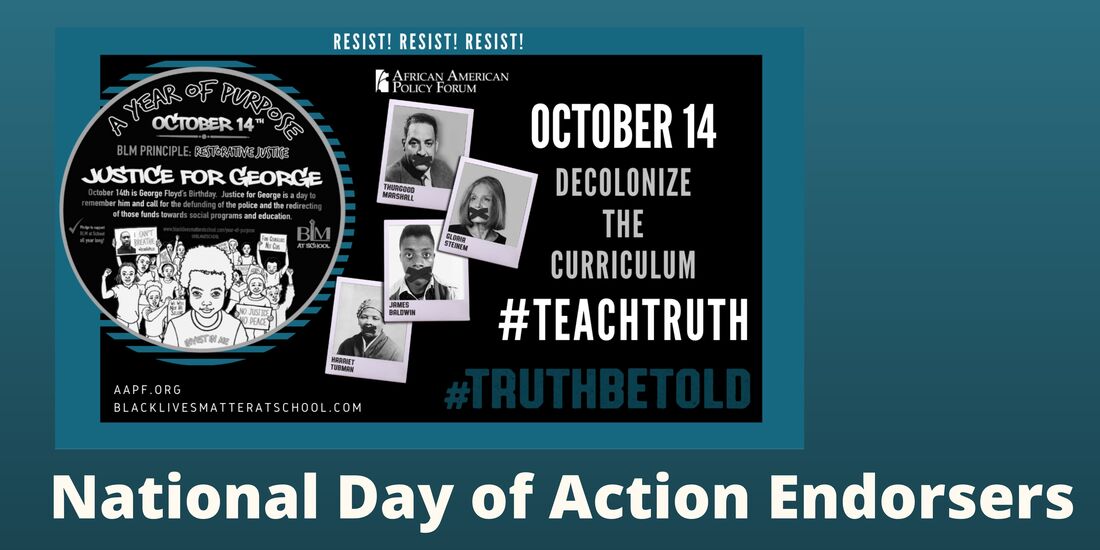 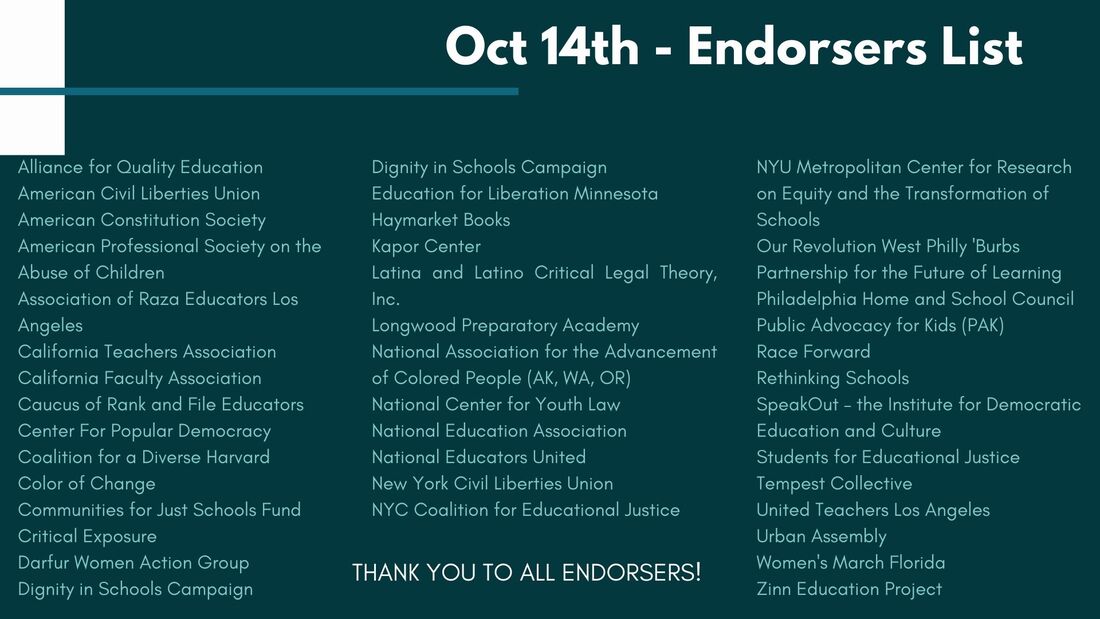 The Black Lives Matter At School national week of action has received endorsements from many leaders across the country in the struggle for racial justice, as well as by hundreds of professors, educators, and community activists. Additionally, the National Education Association, the largest union representing teachers and other educators in the country, voted to endorse BLM@School.

​Below is the solidarity statement with the list of notable signatories from the 2018 BLM At School week of action.--

We, the undersigned, are writing in support of a new uprising for racial justice that is being organized by educators around the country who have declared February 5-9, 2018, “Black Lives Matter at School Week.” Many thousands of educators will be wearing shirts to school that say, “Black Lives Matter at School” and will teach lessons about structural racism, intersectional Black identities, and Black history in cities all across the country.

At a time when the president makes openly racist statements about Africa, Haiti and El Salvador, it is more important than ever to support antiracist pedagogy and support Black students.  In addition, in this era of mass incarceration, there is a school-to-prison-pipeline system that is more invested in locking up youth than unlocking their minds.